As we all know McDowell loves studs from her punk years. She may even still have a few hidden here and there so she feels a kinship with anything rockin’ studs. When the puffballs show themselves is always a happy time. McDowell found these gorgeous tiny beauties and with names like gem-studded puffball or the devil’s snuff-box what’s not to like! 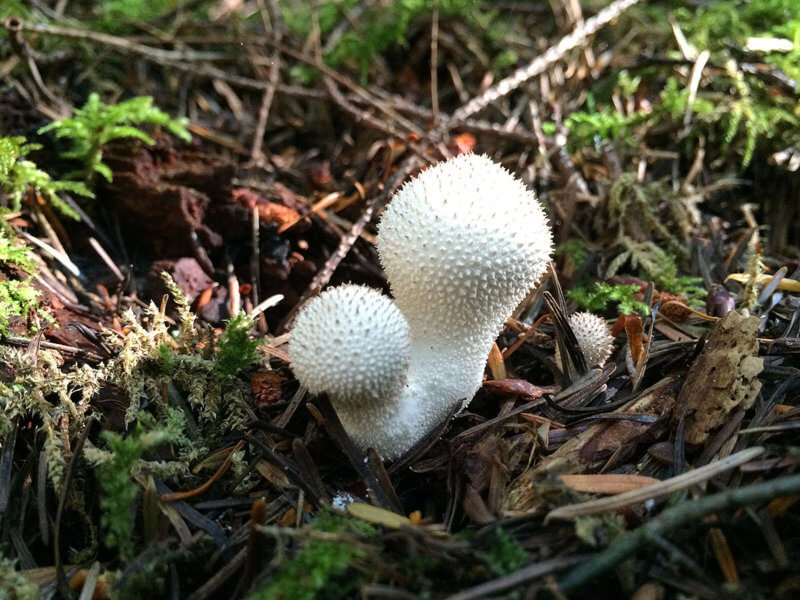 The young gems are white with a jewel covering of shiny spikes. 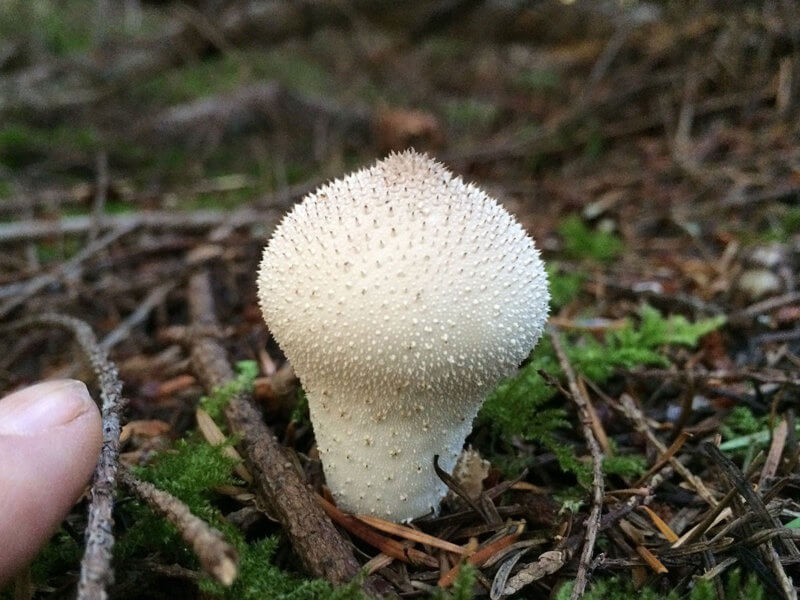 Considered edible when young and the inside is still white. But McDowell hasn’t tried them yet so we’re not listing them in the edible category until she does. If you decide to eat them be sure that it’s a puffball and not an immature amanita species. 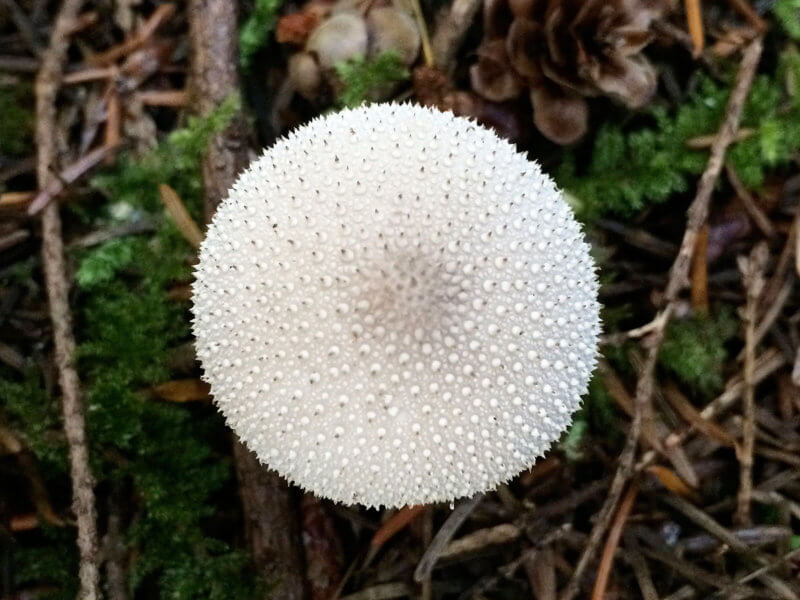 Take it from the top. McDowell could stare at these beauties all day from every angle. 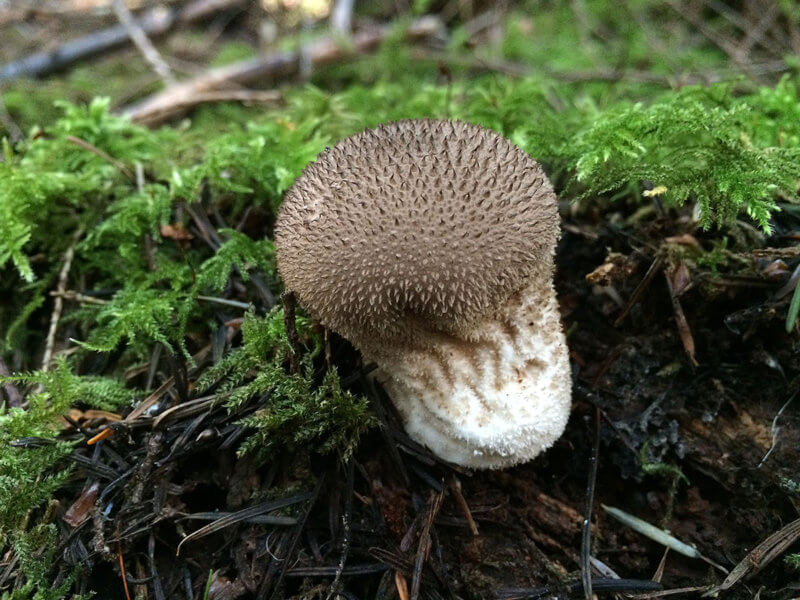 As the puffball gets older it darkens. 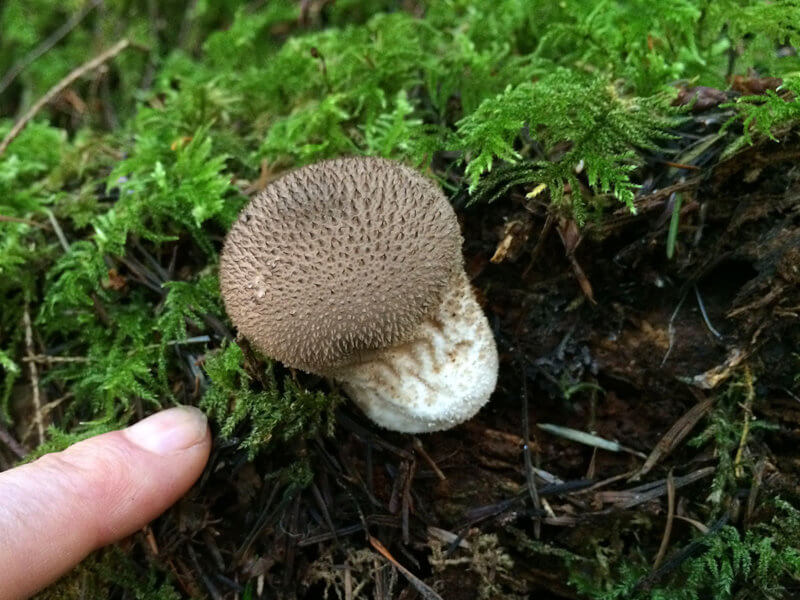 Eventually a hole will open at the top and the spores ail be released through there when pressure is applied from a touch or even falling raindrops.

Oh puffballs, big or small you are enchanting!

Lycoperdon perlatum, popularly known as the common puffball, warted puffball, gem-studded puffball, or the devil’s snuff-box, is a species of puffball fungus in the family Agaricaceae. A widespread species with a cosmopolitan distribution, it is a medium-sized puffball with a round fruit body tapering to a wide stalk. It is off-white with a top covered in short spiny bumps or “jewels”, which are easily rubbed off to leave a netlike pattern on the surface. When mature it becomes brown, and a hole in the top opens to release spores in a burst when the body is compressed by touch or falling raindrops.