Teeth, teeth and more teeth! McDowell loves mushrooms with teeth. This Phellodon melaleucus, aka Grey tooth, was just hanging out by the path on the way to the BenofDares on Mount Elphinstone. And McDowell could just make out the beat of Little Red Corvette as she approached. Of course cool teeth mushrooms would listen to Prince. 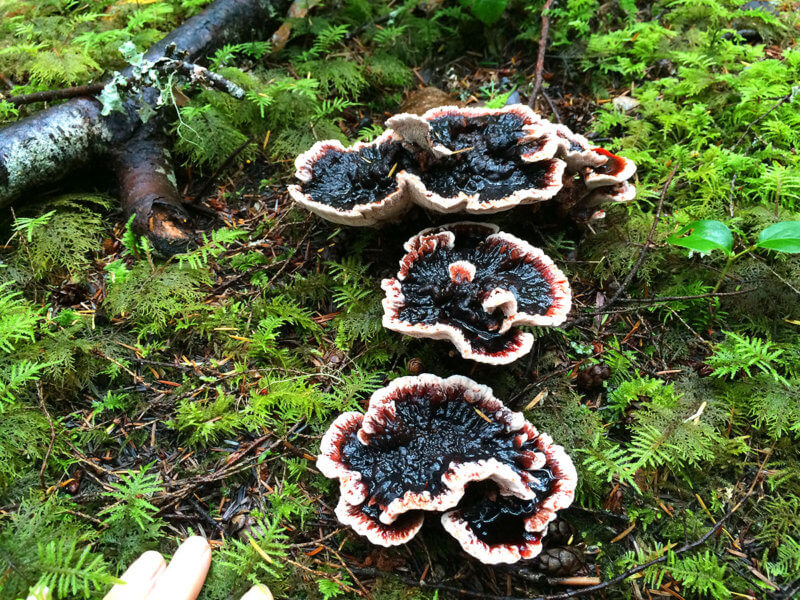 Healthy and rockin’ to Prince, these Phellodon melaleucus know how to party.

Beautiful teeth on the underside. What a cool scene: The teeth, the ooze, the drama! 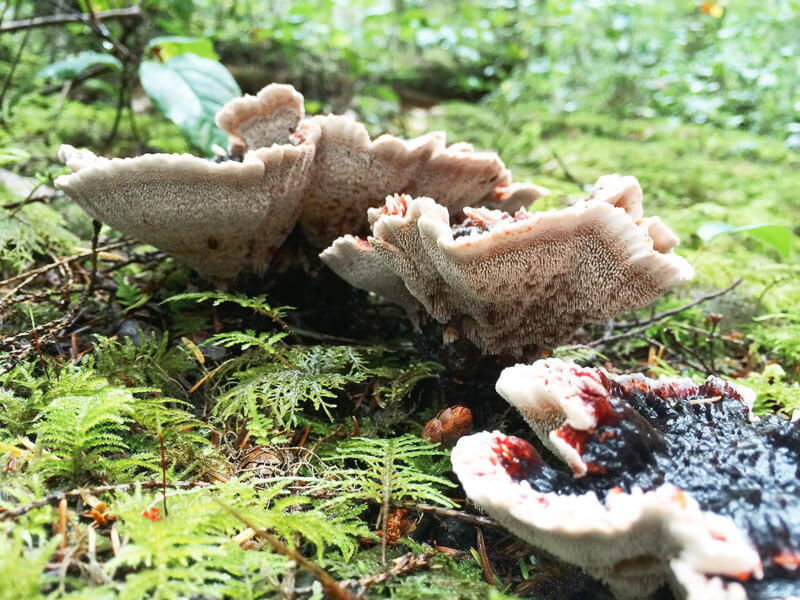 This was a joyous beginning to the start of the day. Balfour was urging me to hurry because we were heading to the BenofDares and she was excited. But first we travel through the Valley of the Giants..

Phellodon melaleucus, commonly known as the grey tooth, is a species of tooth fungus in the family Bankeraceae. It was originally described by Elias Magnus Fries in 1815 as a species of Hydnum. In 1881, Petter Karsten included it as one of the original three species in his newly circumscribed genus Phellodon. The fungus is widely distributed in Europe and North America, where it associates mycorrhizally with a wide range of host trees.