This morel was one of many found in wood chips in beautiful downtown Sechelt (yup!), Sunshine Coast, BC, Canada.

Who knew a trip to Sechelt would garner such a gift as spring morels? In a fresh batch of wood chips were these spunky little upstarts. McDowell could hardly contain herself because one just never knows where these delicious beauties will pop up next. 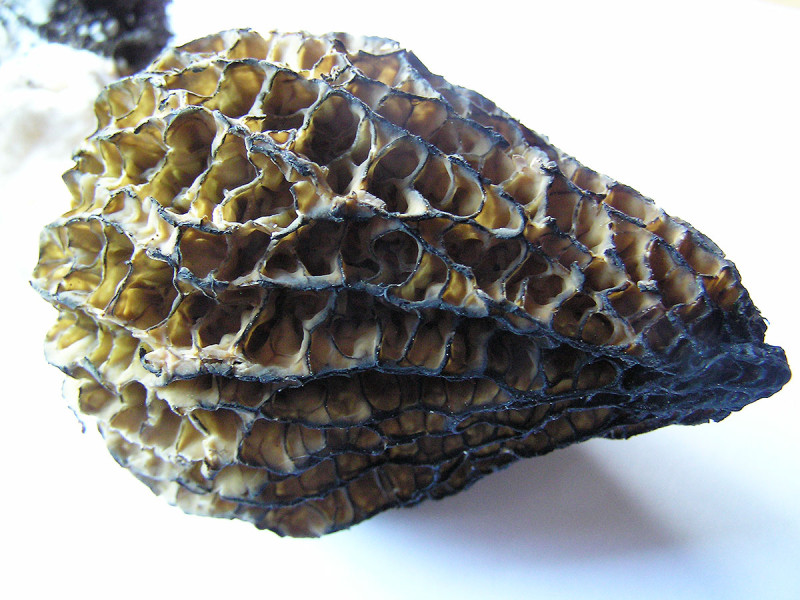 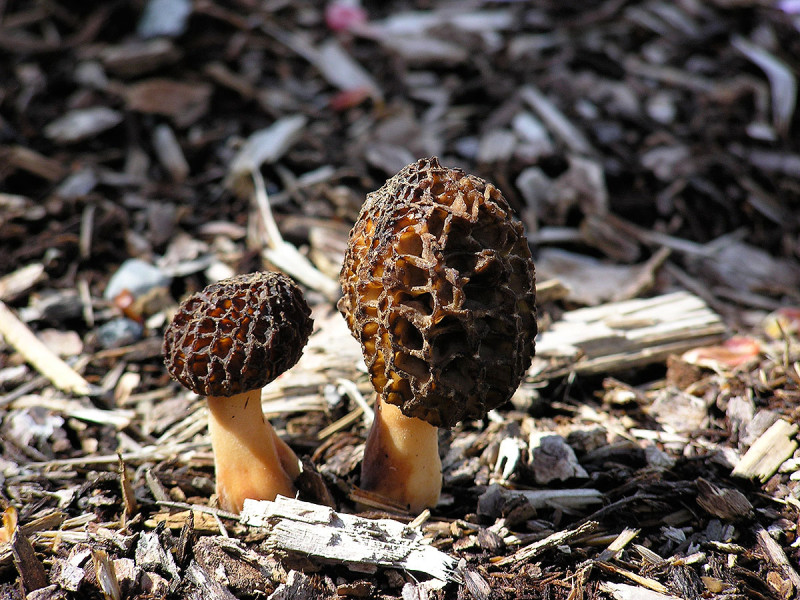 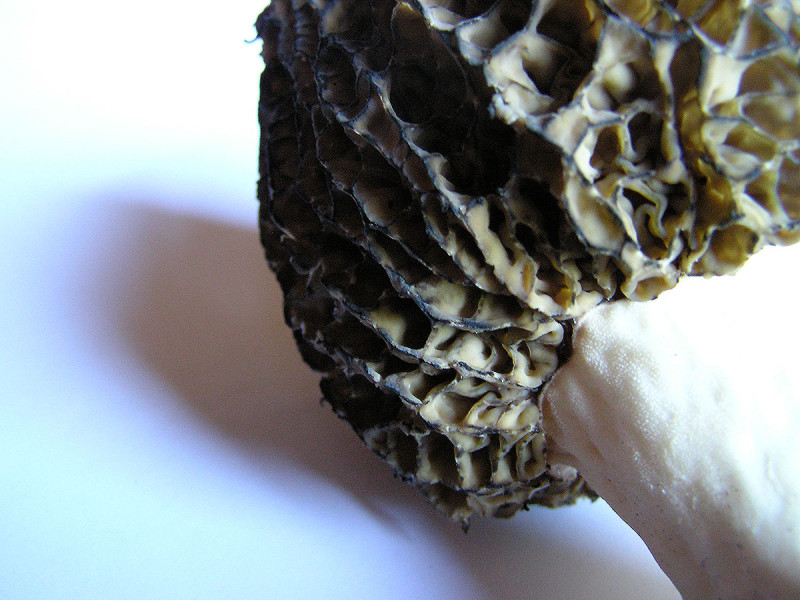 About the Morel Mushroom (Morchella)

These distinctive mushrooms appear honeycomb-like in that the upper portion is composed of a network of ridges with pits between them. They are prized by gourmet cooks (and ordinary cooks like McDowell). The fruit bodies of the Morchella are highly polymorphic in appearance, exhibiting variations in shape, color and size; this has contributed to uncertainties regarding taxonomy. Discriminating between the various species is complicated by uncertainty regarding which species are truly biologically distinct. Some authors suggest that the genus only contains as few as 3 to 6 species, while others place up to 50 species in the genus. (Many of us foragers merely describe by the colouring.)

A 2012 study described 19 phylogenetic species that occur in North America, while molecular phylogenetics suggest that there are more than 60 species of Morchella worldwide. Over 20 new species were added to the genus in 2012 by Clowez and colleagues. A further revision of the taxonomy of the genus was provided by Richard et al. in 2014.