Our second cauliflower of the season and where did we find it – in the Garden of the Chanterelles, where we found no, say it with us, no freaking chanterelles.

This little cutie-pie lifted McDowell out of her depression of spending an afternoon hiking up to the Garden and not seeing one chanterelle. Balfour was not amused. But back to the story: Right along the path was sitting this lovely cauliflower mushroom and McDowell scooped it and smiled for the rest of the day even through the buckets of rain.

What a lovely gift. Our second of the season. 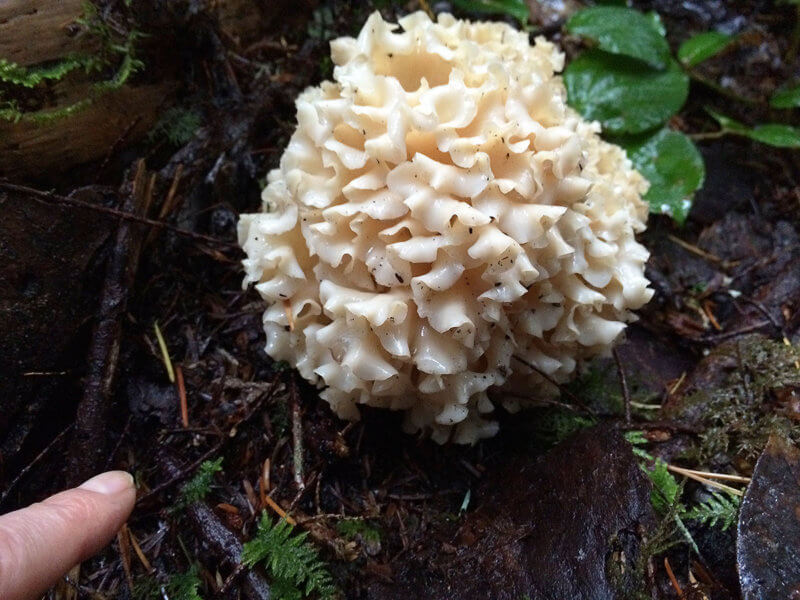 And a shot with McDowell’s finger in so you get an idea of the baby.